This site uses cookies to improve your experience. By viewing our content, you are accepting the use of cookies. To help us insure we adhere to various privacy regulations, please select your country/region of residence. If you do not select a country we will assume you are from the United States. View our privacy policy and terms of use.

The Top 3 Benefits of Pulse Surveys

Our recent survey shows that most employers are only measuring engagement once a year, if that, and many employees want more frequent surveys. This is where pulse surveys come into the picture. Before diving into the benefits of pulse surveys, let’s first define what they are.

Inclusive Work Cultures for Women and Families: An Essential Key to Your Talent Strategy

Keep up with the competition by using engagement survey software to analyze your employee data: Employee engagement is a big deal because it affects productivity, profitability, retention, quality of work, and even safety. Get these valuable insights and more with employee surveys.

Inclusive Work Cultures for Women and Families: An Essential Key to Your Talent Strategy

10 Questions to Include in Your Employee Engagement Survey

One way you can do that is with employee surveys. Surveys can also help you recognize the main drivers of employee engagement, engagement trends, and gain a better understanding of how your employees are feeling. Surveys are a Window to Engagement. Stay Motivators Survey.

Paycor HR Leaders Survey: The State of American Business in 2021

In Paycor’s latest survey, more than 2,000 HR and Finance leaders told us about their plans for 2021. Download the survey for actionable insights and tips. 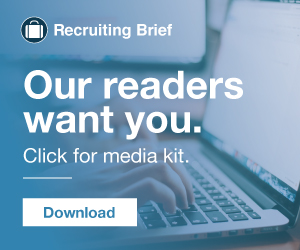 How to Respond to Employee Engagement Survey Results

174
Survey How To Comparison Data

Pulse surveys are a quick, easy way to solicit feedback anonymously, so employees are free to express themselves freely. Most employees (77%) are more likely to be honest when responding to a survey than talking to their manager. Analyze and act on pulse survey results.

14 employee recognition survey questions and the reasons behind them

In today’s post, Brian and Angie are diving into how they use Employee Engagement Surveys to gauge the quality of our recruiting and onboarding processes, refine our strategies, and evaluate new hire success. We offer several prebuilt, ready-to-use survey templates: Employee Engagement.

Employee Pulse Surveys: What They Are and Why They Matter

Pulse surveys seem to be everywhere these days; think of how many times you’ve been asked to take a short survey online. Pulse surveys have become an integral part of the employee experience and an organizational must-have. What is an employee pulse survey?

How Businesses are Managing the New Reality of Work: A Paycor Survey

We wanted to know how COVID-19 impacted businesses and their workforces. Did they need government funds? How many workers did they layoff or furlough? Are employees working from home now? How’s team morale? And perhaps most importantly, what are their plans for the future? This guide offers a pretty good idea of how business leaders are feeling, what keeps them up at night, and what approaches they’re taking to solve problems. Download the guide to see all the survey results and where your organization might stand comparatively.

Pulse surveys are a quick, easy way to solicit feedback anonymously, so employees are free to express themselves freely. Most employees (77%) are more likely to be honest when responding to a survey than talking to their manager. Analyze and act on pulse survey results.

22 Employee Engagement Survey Questions and Why to Ask Them

For example, look at LinkedIn and you can read how candidates feel about a broken recruitment process and its impact on the company’s reputation. […] The post How Candidate Surveys Help Measure and Improve Talent Acquisition Efforts appeared first on Lever.

We surveyed 200+ professionals about the state of their business in the COVID era. Our survey respondents varied widely across company employee size and industries.

This 10-question survey on the life of a recruiter is designed to dig deep into your work life to uncover what you're doing today and where you'd like to go in the future. The post The Recruiter Life Survey appeared first on Talent Hero Media

Generation Z is entering the workforce. Are you prepared? This report surveyed hundreds of candidates to compare Generation Z, millennials and Generation X. Download this action plan to successfully recruit and retain the newest generation.

To do so, we’ve been administering bi-weekly surveys to learn how Talent Acquisition teams across the U.S. This blog post will share some of the outcomes of our most recent survey. We’ve also been asking survey respondents whether they have a plan for after COVID-19.

Is DX evolving in the workplace? Our survey says yes

All that being said, let’s return to our survey and see what our respondents say about DX in the workplace. Our survey says yes appeared first on Recruiting Resources: How to Recruit and Hire Better.

Employee surveys can provide great insights into how employees feel about your organization, its operation and their daily workloads. The information gained from these surveys gives stakeholders a first-hand look at what life is like for employees. Here are four tips for building effective employee surveys: 1. If you want to receive as many responses as possible, you should consider keeping the survey anonymous. Explain the importance of the survey.

One of the most effective ways to gauge how employees feel about your culture is through an employee survey. 6 Employee Survey Questions About Culture. Good survey questions don’t lead the respondent on, allowing them to express themselves how they please.

Protecting Organizational Culture and Wellbeing During a Global Pandemic

What are Employee Engagement Surveys?

percent to $96,370 annually, according to the annual salary survey by Dice. Bonuses and contract rates also rose from 2014, and tech salaries in seven metro areas reached six-figures for the first time since the survey began more than a decade ago. Our survey shows many tech pros seem to be satisfied with their salaries,” said Melk. The post Salary Survey: Rising Pay for Tech Talent appeared first on Dice Insights. Average technology salaries in the U.S.

Join our on-demand webinar and hear from 3 industry leaders as they reflect on the successes (and challenges) they faced when building their own DE&I programs.

Employees want their voice to be heard, and surveys are the best way to get honest feedback from your team. In fact, 58% of employees wish their organization conducted employee engagement surveys more often. Download Achievers’ free report on how employee surveys can boost engagement.

Storage and networking skills prompted pay increases for tech pros across the country, with hospitality, Internet, manufacturing, consumer products, and banking seeing the most industry-specific increases, according to the annual salary survey by Dice. Fifty-four percent of those surveyed say they are satisfied with their compensation, up one point from 2015, and 27 percent are more willing to relocate to a new city for a job, up two points from 2015. Dice Salary Survey Methodology.

Employer pulse surveys are great tools for measuring sentiment about specific things at specific times. These 1-4 question surveys get high response rates and are generally more palatable to recipients. But just sending out short surveys doesn’t make them more effective.

Attracting, hiring, and retaining the right people is critical, yet it can often be challenging. One solution: consider deploying a people analytics platform that can equip your team with the information and tools they need to make the best decisions.

2023 HR Resolutions Survey: The Results Are In!

We decided to conduct a survey on 2023 HR Resolutions, and the results are in! As we set out to create our own resolutions for 2023, the Namely team wanted to get a feel for which HR initiatives other businesses were prioritizing in the new year.

Out of the many insights in the Great Discontent survey, we have four main takeaways for you: Money still talks. Our survey also finds that three quarters of workers may be ready to bolt at any given time. The Great Discontent: 2021 Worker Survey (UK).

Pros and Cons of Employee Surveys

Does your organization regularly conduct employee surveys? For many organizations, conducting surveys is a matter of course. Employee engagement surveys, employee satisfaction surveys, surveys of departing employees, and more are all quite common.

New survey data from The Harris Poll on behalf of Yoh reveals nearly 3 in 10 employed Americans are more likely to seek work outside of their existing job to supplement their current income. Rising concerns of a U.S.

Discover how you can successfully engage and hire passive candidates. Get the playbook on keeping your talent pipeline flowing in this eBook.

Join 60,000+ Insiders by signing up for our newsletter

BE IN THE KNOW ON

Expert insights. Personalized for you.

We organize all of the trending information in your field so you don't have to.
Join 60,000+ users and stay up to date on the latest articles your peers are reading.

Get the good stuff

You know about us, now we want to get to know you!

We've sent an email to . Please verify that you have received the email.

We have resent the email to

Let's get even more personalized

Are you sure you want to cancel your subscriptions?

Get the good stuff

You know about us, now we want to get to know you!

Let's get even more personalized